A team you can believe in.

We’ve blended the highest producing and best-trained mortgage bankers in the business with tomorrow’s cutting edge technology to produce a faster, lower cost, more reliable system for serving clients with transparency and excellence. 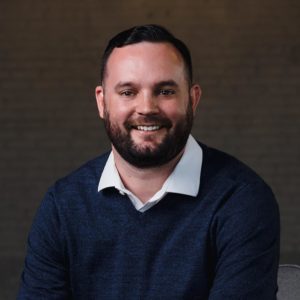 A true Colorado native who can’t imagine living anywhere else, Joe received his bachelor’s degree from The University of Northern Colorado and his master’s degree from The University of Denver. As he puts it, he’s been “slanging and banging mortgages for seven years now,” focusing on loan origination for most of that time. Joe is known among agents, borrowers, and our team for his boundless enthusiasm, his willingness to drop everything for his clients, his deep knowledge of product availability – and his corny jokes.

Though it’s hard to find a time when Joe isn’t hard at work for Modern Mortgage clients, he enjoys playing golf, fishing, barbecuing, being involved with church, and spending time with his baby girl. His romantic side comes out when he talks about his favorite travel destination, which is Peru. “My gorgeous wife is Peruvian… Experiencing the culture that aided in making my wife who she is and who I love was amazing.”

Best personal finance advice Joe has received: “Stay away from credit cards! Created debt on a credit card is just a promise of future labor.”

Known for his boundless enthusiasm and unparalleled desire to serve, Joe combines his hustle, experience, and product expertise to deliver for his clients – every time. 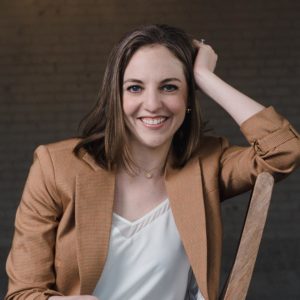 Hailing from North Carolina, Virginia moved to Colorado in 2012 when a “meant to be” opportunity unfolded both to take a next step in her career and to be in the same place as her then long-distance boyfriend. (He’s now her husband!) She loves Colorado’s beauty and come-as-you-are culture.

After obtaining her degree, Virginia launched her career at a software startup, consulting with Fortune 100 companies on customer experience optimization. Seeking to directly touch the customer’s experience, she found herself in real estate, learning the ins and outs of both real estate and small business operations at a boutique residential brokerage. In parallel, she developed deep interest in personal finance and belief in the power of real estate investing. The pieces finally clicked into place for her at Modern Mortgage where, as part of a team that’s committed to customer experience above all else, she consults with clients to find mortgage solutions that best match their personal finance and real estate strategies.

Virginia loves reading memoirs and listening to podcasts such as “How I Built This” with Guy Raz, “Armchair Expert” with Dax Shepherd, and “Unlocking Us” with Brene Brown. In other words, she really loves learning about people’s stories – unless it’s during a team meeting. Then she’s all about keeping everyone focused!

Best personal finance advice Virginia has received: “Focus your energy on increasing the gap between what you earn and what you spend.”

Detailed and analytical, Virginia is deeply committed to her clients. Her personal approach and financial expertise empower clients to make their best decisions. 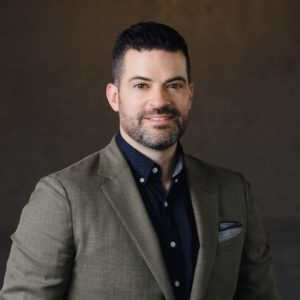 After two decades as one of Denver’s top producing originators and mortgage industry executives, Adam Hebener lives a life of gratitude. He is a sought after industry expert, speaker and coach as well as the co-founder and owner of Modern Mortgage, LLC, a new and disruptive force for good in the mortgage industry. More important than his work as an entrepreneur in multiple industries, Adam is the father of three little boys and the husband of an out-of-his-league woman.

In addition to his experience in mortgage banking, Adam brings an obsession for serving clients with excellence and leads the Modern Mortgage team with a focus on client experience. 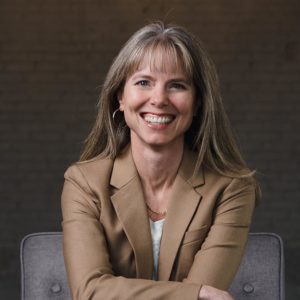 Though still a southern gal at heart, Geneva fell in love with the mountains, the crystal-clear water, the seasons, and the Colorado way of life when she moved from Louisiana two decades ago. While in Louisiana, she put her political science degree to use as both a campaign and legislative staffer before becoming involved in marketing and public relations as part of an appointed position in state government. Marketing has remained a mainstay of her professional life since then, but along the way, she also moved into operations and management, serving as chief operating officer for two different Colorado-based nonprofits before finding her way to the role of operations manager at Modern Mortgage.

With a bit of wanderlust in her veins, Geneva once traveled internationally for six months, visiting 14 different countries. These days, though, you’re likely to find her closer to home, spending time outdoors with her family – unless it’s college game day. Then look for her to be decked out in purple and gold, yelling “Geaux, Tigers!”

Words to live by for Geneva: “Two roads diverged in a wood, and I – I took the one less traveled by, and that has made all the difference.” (Robert Frost) 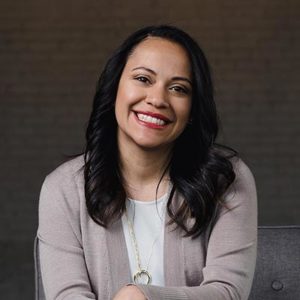 Sara began her career in the banking industry while still in her home state of Texas and continued after making the move to join family in Colorado. For the past decade, her focus has been on the real estate side of banking. Sara’s keen attention to detail and accuracy makes her the perfect loan coordinator, ensuring all of the i’s are dotted and the t’s are crossed from pre-approval to closing. As she says, a “clean file” is a thing of beauty!

When not coordinating loans – and keeping the processing team humming along – Sara loves to play video games, garden and take care of her three chickens. She also enjoys listening to podcasts, sometimes along with the chickens. Some of her favorites are John MacArthur, “Fireside Chat,” “Mug Club,” and “Triforce!”

Best personal finance advice Sara has received: “Wealth is determined by how much money you keep rather than by how much you spend.” 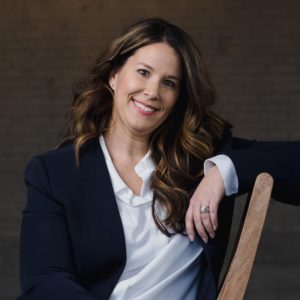 A native of Ralston, NE, Jeannie moved around the country during her husband’s service in the Navy, landing in Colorado and joining Modern Mortgage in 2020. With a degree in management and over a decade of mortgage industry experience, Jeannie brings a wealth of knowledge and expertise to loan processing. When asked what she loves most about her job, Jeannie’s response is, “I love helping people make their dreams come true. Whether it’s buying a first home or refinancing to remodel an existing home, I help them save money and live out their dreams.”

Jeannie brings an invaluable “can-do, go-get-‘em attitude” to the team. She is always willing to go the extra mile in processing loans for our clients to make sure they get to the closing table. And she keeps a sharp sense of humor along the way, which helps her push through the underwriting phase with sanity intact.

Anyone lucky enough to video chat with Jeannie during loan processing will enjoy the chance to interact with her. Just be sure to ask her to show you her shoes. She has an amazing collection of Crocs!

Best personal finance advice Jeannie has received: “Save six months of your expenses just in case.” 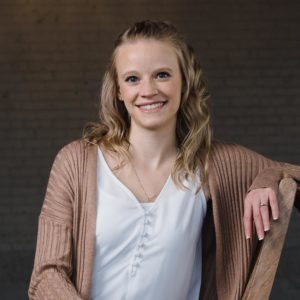 Born, raised and college-educated in Colorado, Sarah loves the gorgeous blue skies, magnificent mountains and all four seasons. Serving others has always been her professional desire and work experience. From customer service to sign language interpreting and sight guiding for the deaf-blind, Sarah thrives on helping people become the most independent and successful they can be. When it comes to the post-closing and funding part of the mortgage process, there’s a reason the team calls her “The Strotzinator.” She brings that same drive to serve to the mortgage industry, helping people fulfill their home ownership dreams.

When away from work, Sarah loves being outdoors, enjoying the serenity she finds in hiking and gardening. You might find her with earbuds in, laughing out loud as she listens to her favorite podcasts, “Office Ladies” and “Louder with Crowder.”

Words to live by for Sarah: “One of the deep secrets of life is that all that is really worth the doing is what we do for others.” (Lewis Carroll)

“My experience with Modern Mortgage was exceptional. After my initial few conversations with Joe, Jeannie handled all of my questions and concerns in a timely manner and she never made me feel like I was asking a stupid question about whatever step we were in the process. She made me feel more like a friend than anything else. I would highly recommend the Modern Mortgage team and if I ever buy a second home, they will be my first call!!” ~ Tiffany

“Working with the people at Modern Mortgage was a great experience! Joseph B. and the entire team gave my husband and I a personal and professional experience. They made a very stressful situation (moving) easy and helped us every step of the way. Throughout the entire home-buying experience, we could call at anytime with questions or concerns and actually talk to a human! We HIGHLY recommend working with Modern Mortgage.” ~ Mary

“Joe and his team at Modern Mortgage took excellent care of us on our recent refi – I highly recommend them. Take advantage of these amazing interest rates!” ~ Karen

“Modern Mortgage and Joe were awesome to work with on our tricky re-finance! Highly recommend working with them. Honest, problem solvers, and great folks. Communication was top notch!” ~ David

“Having refinanced several times with Modern Mortgage in the past, this time around was the same consistent, professional and efficient experience. Joe is always a pleasure to work with and Jeannie took ownership of our loan process like a champ! My wife and I appreciate the way MM conducts business and we’re thankful to be your clients.” ~ Scott

“Modern Mortgage was incredible throughout the entire process. As a first time home buyer, I had no idea what I was doing. Joe was super responsive and very knowledgeable and patiently walked me though a number of different options to fit my budget and price range. When COVID-19 flipped everything upside down, Joe was already ahead of the game, preempting and planning for changes in the market and financing options… The team was great in letting me know what I needed to be doing, when it needed to be done, and when I needed to start to accomplish that.” ~ Zac

Are you ready to start?
We can make it quick and simple.

Get the latest mortgage news and information.